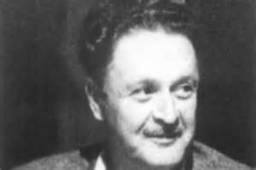 There is not enough bread for us all,

the same is true with books,

As much as possible…

On occasion, I succumb to a desire to reflect on matters of political nature – an act of my least preference, as you know. Being time wise too close to a national tragedy in Turkey and the ensuing unrest in the nation – on account of the government’s enforcement of despotism upon its own people yet once again, I had to word my unease somehow.

The news article excerpt below highlights the pattern in the Turkish Prime Minister’s treatment of his people, one trait he had publicly established for himself during his widely documented Taksim Gezi Park confrontation with the unarmed protesters back in the Spring of 2013 (my related post appears at Unrest in Turkey and the Prime Minister’s Appeal to Allah to End it). We are able to catch a glimpse of what lies behind the latest protests rocking Turkey in the aftermath of the privately-owned Soma coal mine disaster of May 13, 2014 – the country’s worst, having reached 301 fatalities at the time of this writing:

“When Erdogan punches a citizen protesting in distress it seems utterly bizarre – until you get the underlying principle. He’s not expressing a violent difference of opinion. He’s saying, in effect, you (coal miner, poor farmer, wife of an imprisoned journalist etc) are not a sufferer; you do not comprise public opinion, nor are you the public, until I say so. I determine that. Because I have won the election. I can deny your reality because I won it, and I won it making you unreal.  So I delete (punch) you out of the picture. Therefore he can also say to weeping miners’ widows, oh please, enough drama, it’s not that bad. It happens, even in the fanciest of places. When it’s a real tragedy, you’ll be informed through the right channels (‘In Turkey’s Mine Disaster, Erdoğan Turns Tragedy Into Farce’ in Forbes by Melik Kaylan, Washington, 5/16/2014 @ 2:24AM).”

The following news article segment, then, provides insight into the influence this despotic ruler of Turkey has over his voters, whether by choice or by force:

“In the narrow streets of Istanbul’s Kasimpasa district, where Erdogan grew up and commands fervent support, his handling of the tragedy did little to dent loyalty to a man seen as a champion of the religiously conservative working classes. […] In Kasimpasa, an area where most women cover their hair and the orange and blue bunting of the Islamist-rooted AK Party adorns most streets, there is simply no other option. People will still vote for Erdogan because it’s like being in love with someone for too long and not noticing how they have changed for the worse [.] People are under his spell and not seeing his bad sides (“Erdoğan’s abrasive style unchecked by Turkish mine tragedy’ (in Reuters by Can Sezer and Dasha Afanasieva, editing by Nick Tattersall and Peter Graff, Istanbul, May 15, 2014 3:10 PM).”

In 1963, the merely sixty-one year-old Nazım Hikmet, Turkey’s most prominent literary name, died in exile in Russia. A thinker, a playwright, a novelist and a memoir writer but foremost the poet of the working class, he was forced into an exilic life for most of his years. For his poetry voiced the sufferings and rights of the working class of Turkey with unwavering passion. Nazım knew the importance of becoming a much needed and sought for but eloquently vocal companion to the underprivileged or openly suppressed. He also knew how to hear and listen to their numerous hardships – miners and non-miners alike. His volumes of homeland books evidence this fact.

There is nothing worth listing as far as the biography of Turkey’s current prime minister. There is, however, highest value in sharing with you the following Nazım-poem through which I join hands with that phenomenal legend of a human being in respect for the entire Turkish nation’s grief in the manner they deserve:

Some dead are such;

Whenever I think of their death,

There comes a time

When I am ashamed that I am alive..

My weekly post was going to be about an aspect of my life again.  After all, I created this blog site to document my literary work of the past and the present, most of which originated from my own life experiences and ills I have faced thus far.  To the best of my ability, I resist reading the news.  Beyond an occasional scan-reading, that is.  In the opposite sense of “intended” or “active” reading, the practice about which I tell my students time and again when dealing with literary texts in a foreign language – German, in my case.  Just yesterday, my literature class and I completed an analysis of three poems representative of their centuries in terms of cultural, social, political, religious and artistic tendencies.  All three, of relevance to my thoughts today.  As the poets’ words of hope for future generations were not capable of a launch: everyone in class, myself included, had to agree that nothing had happened for the better in human behavior from one century into another. Ours is no exception.

Yes, I have been resisting perusing world and local news for a while now.  To self-protect.  For I am very much like my mother, who couldn’t be herself for a long time, after reading sad news in newspapers back when.  Another reason is my realization of the cruel fact that I can’t possibly change anything that is tragic, cruel, downright inhuman in any of the world countries we know of.  This morning, however, an article by Jibran Ahmad at Reuters, http://news.yahoo.com/pakistani-girl-spoke-against-taliban-shot-wounded-095818763.html had my full attention.  Malala Yousufzai, a 14-year-old schoolgirl “became famous for speaking out against the Pakistani Taliban at a time when even the government seemed to be appeasing the hardline Islamists,” per Ahmad.  She was “shot in the head and neck when gunmen fired on her school bus in the Swat valley, northwest of the capital, Islamabad. Two other girls were also wounded, police said,” Ahmad states.  Malala’s courage got to my soul.  As we say in Turkish: it hit me directly in the main vein.  While I am typing my weekly post in the comfort and safety of my home in a secure environment, with my sole focus being on a discussion of a patriarchal wrong-doing of my own experience, this 14-year-old schoolgirl fights to stay alive.  Simply because she chose to speak up with conviction against an ongoing wrong in one of the most dangerous settings of the world cultures.  Against all odds.  Having at such a young age already risen above personal concerns or wishes, desires, expectations.  Her horrifying experience is a blunt reminder to me of what a luxury it is to do what I do: write about mostly personal issues placed in one or the other literary framework.

It is as if I have known Malala all my life.  I want to apologize to her in any and all languages of the world I don’t know and am not even aware of.  For I know one other fact for certain.  I regained perspective now.  Malala taught me that long-lost crucial insight for now.  By next week latest, though, I will have been caught by my own life worries all over again, all of which can’t possibly come close to Malala’s, in their levels of seriousness, intensity, severity, extent or of downright life and death significance.

Images of Malala Yousufzai from my google search are in my Blogroll.