The So-called “Brides” of Destroyed Childhoods

Many scenes of Osama – the first film made in Afghanistan after the fall of the Taliban regime are memorable.  Students of semesters past in my course, “Short Story, Film, and Islam,” will attest to this claim.  Offered under the category of Women and World Literature, mostly female students tend to enroll in this class first, although several male students register before the first week passes.  Still, the majority of class is made up of women.  Very young women.  Never, though, as young of a female as Osama, the film’s main character – a 12-year old girl.  Around mid- and end-semester, I give my students an anonymous survey, seeking their feedback on the course films.  There is one scene in this film that seems most disturbing to all every semester of its in-class showing and discussion – with the exception of maybe one or two out of a large class of students.  It is the wedding night of Osama – when she hides herself inside a lidded hole on the floor of the room where she has been locked to wait for her husband.  He is old enough to be her grandfather.

I remember getting much negative attention at a women’s studies conference not too long ago for including this film into the curriculum through large-group viewing and ensuing discussion.  “Why would you show such a controversial film in the first place?” were the exact words of one co-panelist.  Several others had joined her in her remarks of disbelief.  Reactions can and will, of course, take place in any setting, to any situation.  That fact is not worth any space here or elsewhere.  How those responses to my focus of debate of the time affected me, however, is.  For after that incident, I silenced myself as a mediator between teaching and learning.  In fact, I eliminated all films that were (and are) conducive to awareness-raising and thought-provoking deliberations by people of any age from my course design and schedule.  Not anymore.

While the film “Osama” is claimed to have been only inspired by a true story, outrageous happenings of the same nature seem to be in abundance when the world news are concerned.  One only needs to look at a few sources to gain insight into this human drama: PBS (“Child Brides: Stolen Lives”), National Geographic (“Too Young to Wed – The Secret World of Child Brides”), BBC (“The Truth about Child Brides”), New York Daily News (“PICTURED: Agony of the child brides forced to marry as young as SIX to men up to EIGHT TIMES their age”), UK Mail Online (“The terrifying world of child brides: Devastating images show girls young enough to be in pre-school who are married off to older men”).

The most recent news on this horrifying problematic of humanity came to me from CNN World (“70-year-old man marries 15-year-old in Saudi Arabia”): “She” is a “new bride”, a “15-year old”, “a teenager”, sold “for the equivalent of $20,000” – in other words, this young female victim has no name yet.  May she become also the inspiration for a film to at least be able to assume a memorable identity.  In order for this transnational debate to continue to spread awareness for this crime against humans of female birth under the disguise of religion. 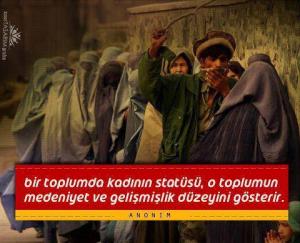 “The status of a woman in a society reflects that social entity’s level of civilization and advancement.”