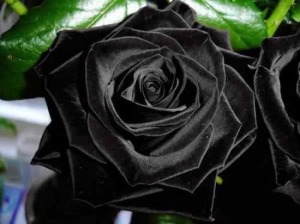 Her brother – together with all their male cousins, had cornered them just when they were leaving the language school that Wednesday.  Blending in with friendly gestures, they led them away from the exiting crowd.  On the curbside of the opposite street, a large van with a company logo awaited.

Their ride ended in an abandoned farmhouse at the town’s outskirts.  Butrus kept repeating: “Don’t hurt her!  Take it up with me!  Come on!”  Huban’s brother jumped out, signaled all men but one to get out.  One lifted Huban from her seat, dropped her to the ground and locked the doors behind them.

“Let the cleansing begin,” her brother announced. He helped Huban up but handed her over to the circle of men.  His shriek increased in hatred: “Let’s take care of this dirt!”  In utter panic, Huban saw how he resembled the rabid dog that was about to attack her when she was little.  A neighbor had gunned it down before he could get closer to her.  Her eyes wandered to the van – its tainted windows, void of giving her any hope.  Before she turned her head back, she felt fierce pain on her lower stomach.  Her chest felt cut open.  Her throat was next.  Knives were zigzagging on her body.  In an involuntary attempt to block the sharp metals, her hands grabbed each one of them.  She came close to passing out.  How she wished for it.  Still, she just wouldn’t lose consciousness.  With a sudden leap, then, the tallest cousin took her head in a tight grip.

“You shamed us.  You shall now be shamed.”  Her brother’s voice was right behind her.  Huban felt the razor blade moving up and down the back of her head – but not cutting open her skin.  Then he stopped.  She sighed with relief.  “Look,” he yelled, “look at your honor now!”  In the mirror his hair-covered hand shoved up to her face, Huban saw her reflection.  Her strands of a color of rare beauty were gone.

“Are you sure you got the fire-safe one?”  At the moment Huban heard her brother – still behind her, another cousin appeared before her, covered her face with a fabric – taping it along her hairline.  A few seconds after she felt the burn on her bare scalp, Huban fainted.

Mom?  Why do you keep apologizing?

“Forgive me, my girl, please forgive me,” Huban’s mother kept begging, “I had no idea.  I so wish I knew.  Maybe I could have done something to stop them.”

She was a tall woman in her early sixties.  A few graying hair escaped her headscarf.  Her bulky, long-sleeved, ankle-length coat added to her heaviness.  She bent over the bed’s locked sidebars and kissed Huban on her cheek – careful to avoid the full-head gauze.  Then she repeated her frantic apology:

“Which young man?  Why sorry?”

“Mom, tell me, who are you talking about?”

Staying close to Huban, she spoke – her voice, barely audible.  Each one of her words, however, reached all cells in Huban’s body with loudest precision.

And, a gut-wrenching wailing rose out of her.

A large clock hung on the wall across the bed.  All others were bare.  There was no window.  A plastic water pitcher and a paper cup with a straw occupied the small, high night table.

Melek was a petite, fine-boned, olive-skinned woman – always under her cap.  White poplin with a thick, stitched-in elastic band extended from it in a bun and sat on her nape.  Her almond-shaped dark green eyes had an intense glow.

“Good evening, Ms. Güven.  How are you tonight?”

She entered Huban’s room at the same time with the same greeting as on any other evening.

Melek hoped her quiet patient with pained eyes would ask her for something at last – perhaps to help her take a shower.  During every one of her night rounds, she felt the urge to devote all her time in this room.  Just like with those others.  Her checklist, however, always reached the end fast.  She also knew the immediate effect of the medications too well.  Once again, she tiptoed out to her station.

In her few short years in this hospital, Melek had witnessed many such cases.  But they had all moved on.  She had.  Not that she had any choice…

Chapters 10-12, forthcoming on next Sunday