Abuse of religion and political power 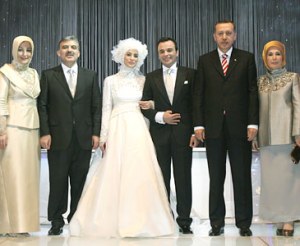 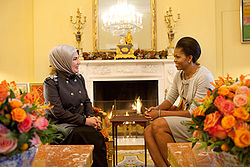 As I am writing these lines, someone in a far away land has for long seated himself on a throne-like device from which downward he is ruling over his people.  He had been able to win some of them for their lifetime support of any and all regulations as well as laws he would so desire to sketch out from his make-believe world.  For, those followers seem to have found in him a true believer and a practitioner of a religion they believe to know at its core themselves.  One of that religion’s teachings, they all claim to this day, regards the female appearance: for her to cover herself from head to toe, to be truthful to their public decrees.  Seeing that not all of his land’s women obey God’s law, he supposes, and therefore appoints himself to be the ultimate word.  He, thus, sorts – according to every woman’s appearance: the covered are good without condition; others, evil.  As for men, he resorts to the same way of elimination: those who are with the covered women are good unconditionally; others, evil.

It is suspected that the ruler of mention above has never bothered to check what the book of God he claims to be a dedicated follower of says about the same matter he violates his people’s rights for.  That – through the pure imagination of his mind – he has been dictating his wife and daughters to be all covered except for their faces.  A reader of the Holy Book this self-deceiving ruler claims to know inside and out, who also misleads too many in his land of govern on account of his immense arrogance about it, speaks below to correct the ongoing deception of massive proportions:

Many Muslim scholars have invented extreme rules for women’s dress [that] are not found in the Quran. Some say that women should be totally covered except for her face, while others who are even more extreme, say that all women must be covered from head to toe except for two holes for the eyes to see!

1- There are no words anywhere in the Quran [that] command women to cover all their bodies. Those who preach such un-Quranic rules cannot find words in the Quran to justify this extremity, so they manipulate various words in 24:31 and 33:59 to justify the falsehood.

2- The fact that God says in 24:31 to specifically cover the bosom indicates clearly there are other parts of the woman’s body that do not have to be covered.  To elaborate on the indication of the words in 24:31, let us ponder on the following example:

When we apply this example to the issue of women’s dress code in the Quran, the same principle applies. If God wanted the whole body of the woman to be covered, God would not have bothered saying “cover your chest” since an overall command to cover all the body would be all that is needed to say. But since God specifies certain parts of the woman’s body to be covered, then there are other parts that do not have to be covered, as long as they are not beauty spots of sexual connotation and as long as righteousness in dress is maintained.

Massacre in Turkey and Father’s Day