My early schooling in Turkey was one such that included the study of classical poets. I, therefore, “met” Rumi at a very young age. I remember having been enchanted by the melodic tempo of our teacher’s reading voice. I believe she had mostly read from his Divan and Mesnevi. Did I understand the meaning of those verses? No. I always waited with my landmark eagerness for our teacher’s explanations. Then, many years later, came a time when I found myself at the mercy of my own reading from Rumi. For my dissertational research, that is. About 2 years after earning my degree, an extended book manuscript of mine was published. In it, I had torn apart  a considerable number of 19th and 20th-century German-speaking writers who had been inspired – positively or negatively, by these two timeless poets from the Muslim Orient. Just when I was about to conclude (!) that I had seen all of Rumi’s available writings, and that I could claim some authority over their content, his following words showed up. (It could very well be, of course, the quote below belongs to someone who may be laughing right now at my gullibility . . . for having constructed a Rumi-line).

What, regardless, are your thoughts regarding the cited sentiment?

“Do you think I know what I’m doing? That for one breath or half-breath I belong to myself? As much as a pen knows what it’s writing, or the ball can guess where it’s going next.” ~ Rumi 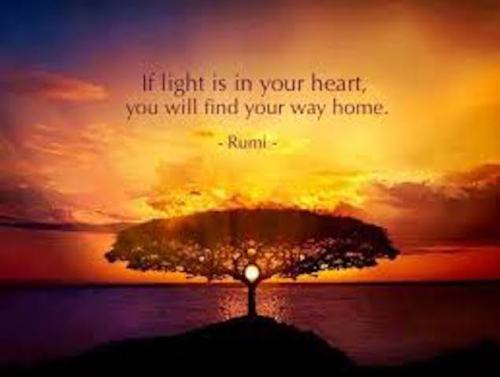 3 responses to “Rumi and I”